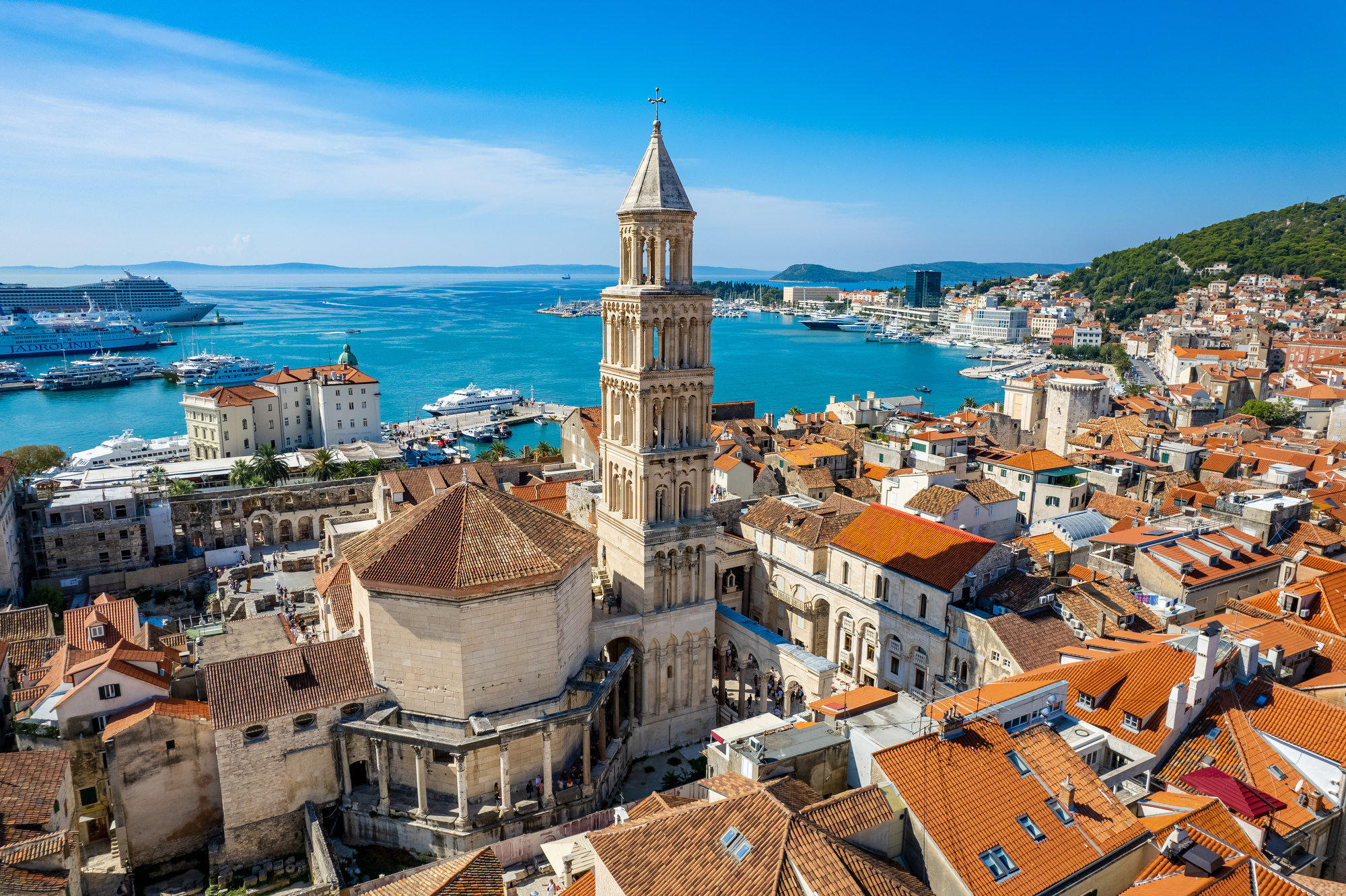 If we start listing the most fascinating buildings in the world, Diocletian’s Palace should, for sure, be listed at the top. And why? It was built as the retirement home of Roman Emperor Diocletian more than 1 700 years ago and, today, the palace forms the strict center of the old part of Split where people still live! This is what fascinates every tourist who wanders through the narrow streets of the palace. We are here to tell you some interesting facts about Diocletian’s Palace!

The palace itself contains numerous attractions that used to be an integral part of everyday life. One of the most impressive is the Cathedral of St. Duje, which was actually built as Diocletian’s mausoleum. There is also an associated Bell Tower that was added in the 13th century and is considered to be the most original Dalmatian medieval building.

Here are some of the interesting facts about the palace that you might not know!

1. The palace was built as Diocletian’s retirement home

Diocletian was the first emperor in history to give up the throne and retire to his freshly built retirement home that we know today as Diocletian’s Palace.

2. More than 3 000 people live within the palace walls

Today, Diocletian’s Palace is the heart of Split and more than 3 000 people live within these historic walls. With numerous restaurants, bars, and shops, the area lives to the fullest as it did 1 700 years ago.

3. No tickets are required for the palace

As Diocletian’s Palace nowadays is an integral part of the city center, it is not necessary to buy a ticket for the palace itself!

However, it is necessary to buy a ticket for its cellars. But, believe us, it is worth the price because these cellars hide a lot of interesting facts. This is a great activity if you come in winter or autumn and if you are looking for an alternative to going to the beach.

4. The palace was used as a filming set for Game of Thrones

If you are wandering through the cellar halls and they look familiar, then you are, for sure, a Game of Thrones fan! The basement hall was portrayed as the lair of the very famous TV dragons.

Diocletian’s Palace has been a UNESCO World Heritage site since 1979. Today, the Palace is well preserved with all of its most important historical buildings and Split is one of the favorite destinations of many tourists.

Diocletian’s Palace is likely to be the first thing you see if Split if you decide to spend your next vacation in this magnificent city. Split is much more than simply the Palace, and there are many other reasons to visit, but the Palace is at the heart of the city center and is the most known attraction (for a reason).